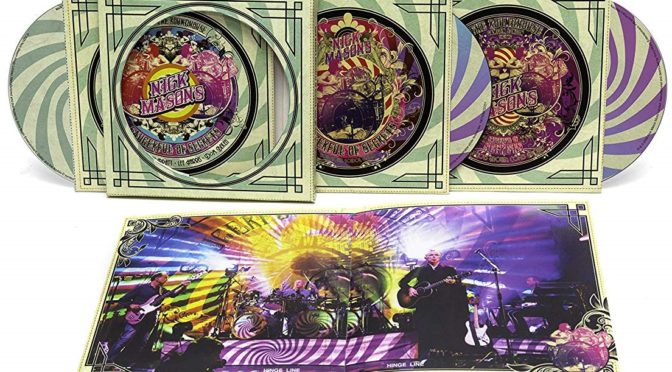 Pink Floyd drummer Nick Mason has a couple of exciting releases early this year regarding his Saucerful of Secrets touring band which has been going around playing the early days of Pink Floyd music. They are still on tour and have lots of dates this year too.

First up, there will be a cinema screening of Nick Mason’s Saucerful of Secrets Live at The Roundhouse. The one night only event takes place at cinemas around the world on Tuesday 10th March 2020, and you can find participating cinemas around the world on the Nick Mason on Film website. It is presented by Trafalgar Releasing who also did Roger Water’s Us and Them cinema screening.

Second, fans will be able to get their hands on the audio and video from the Roundhouse recording. It will be available in three formats including CD/DVD, Vinyl and Blu-ray. These will be released on 17th April 2020.

The Nic Mason’s Saucerful of Secrets Band was formed in 2018 to perform the early music of Pink Floyd. Prior to this, Nick had been working on curating the Pink Floyd Early Years boxset so must have whet his appetite for the good old days! The band consisted of Nick Mason on Drums, Guy Pratt on Bass, Gary Kemp on Guitars and Vocals, Lee Harris on Guitar and Dom Beken on Keyboards.

The concert that was recorded occurred at the Roundhouse Theatre in London and was subjected to 18 cameras many of which were remotely operated and one of which flew around like a wild bird over the 500 or so friends, family and fans who assembled below to witness the greatness of early Pink Floyd played by some top fellas. 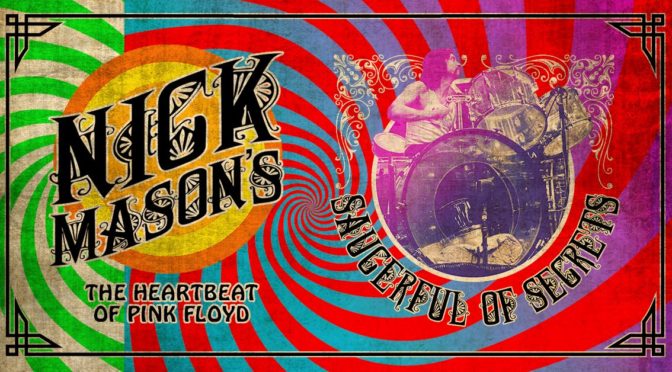 Pink Floyd drummer Nick Mason is set to commence his 45 date tour tonight which starts in Canada (12th March) and ends in The Netherlands in the Summer.

Don’t miss the latest news, get our safe and friendly Newsletter.

The band will be playing early Pink Floyd material and features Guy Pratt on bass, Gary Kemp from Spandau Ballet, Lee Harris from The Blockheads on guitars and Dom Beken from The Orb on Keys. Quite a collection of people really. Not to be missed.

I like that Nick now refers to himself as the “Heartbeat” of Pink Floyd! To help promote his solo tours, Roger Waters often emphasised he was the creative force behind Pink Floyd. David Gilmour duly responded by emphasising he is indeed the voice and guitar of Pink Floyd!

Who is the best? That is a matter of opinion, feel free to leave a comment below! Alternatively, come and have a chat about it on the NPF Forum/Message Board.

Here is a bit of a spoiler video of Nick and the band playing live in Stockholm last year. It is the whole concert too.

Here are the 45 dates the band will be playing. Are you going? Let us know and leave a comment below. Alternatively, come and have a chat about it on the NPF Forum/Message Board.