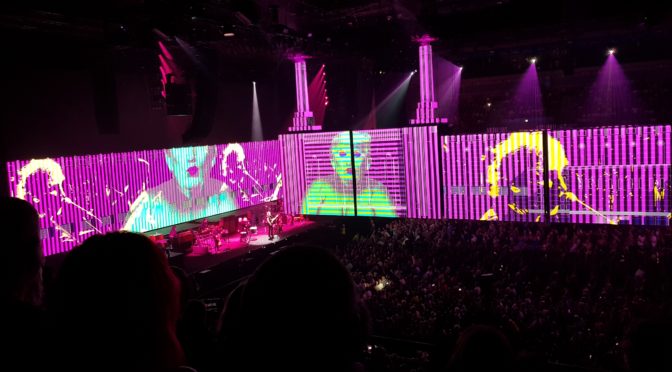 He went on to work flipping burgers to get crew access passes to get backstage and, using all other elaborate methods, he got into the inner sanctum of Pink Floyd’s 1989 Another Lapse and 1994 Division Bell tours.He eventually became a member of the crew if not for his perseverance alone!

The book is an amusing read and, if you like the idea of having a sneak peak behind the scenes of Pink Floyd tours, then this is the book for you. However, it is not going to win any literary prizes and will not be popular with some fans as it is £15 for 68 pages, 2/3 of which are given over to images. Many of the images are unique to this book though and offer a perspective rarely seen by super fans like Bobby, let along us regular ones.

If you are familiar with the video documentary by Bob Hickey – he was also a member of the Momentary Lapse of Reason Tour crew- called Still First in Space, then this book is the written form of that documentary. Not to everyone’s taste but, if you like this sort of thing – your humble narrator does – then you will find owning a copy of this book most agreeable indeed.

It is published by the same folks who brought you Echoes: The Complete History of Pink Floyd by former Brand Damage magazine editor Glenn Povey.The book, which was originally published in 1991 and featured only the 1989 tour. However, the new updated version now includes the 1994 Division Bell Tour.

You can get hold of a copy direct from Mindhead Publishing.

Feel free to discuss the book on the forum.