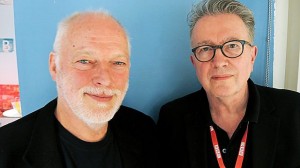 David Gilmour will be interviewed by Tom Robinson on BBC radio tomorrow about the first studio album from Pink Floyd in 20 years The Endless River.

The programme will be broadcast on BBC Radio 6 Music at 1pm Sunday 30th November 2014. See how to listen.

If you are crazy enough not to have bought Pink Floyd’s new album The Endless River yet then see our article about which release formats are available and have a look at Pink Floyd Louder Than Words Lyrics article to see the lyrics to the only song on the album that has lyrics. The rest is a beautiful musical soundscape and the lyrics were written by Polly Samson.