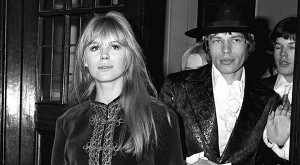 As previously reported, Roger Waters wrote a new song for Marianne Faithfull’s new album which is due out next month in September 2014.

The song is called Sparrows Will Sing and you can now listen to the new song below courtesy of Marianne’s YouTube channel.

In addition to the new album from Marianne, she will also be touring for twelve months so look out for that news.

You may also want to listen to another song Roger wrote for Marianne released in 1968 called Incarceration of a Flower Child. Enjoy.

Don’t forget also that Roger Waters is also working on a new album and we live in hope that there will be some news to share with you sometime soon. David Gilmour also has a new album that is being worked on which could be released in 2015 and Pink Floyd also have an offering in the form of The Endless River which features repurposed sessions material back from 1993/1994 from around the time of The Division Bell sessions.