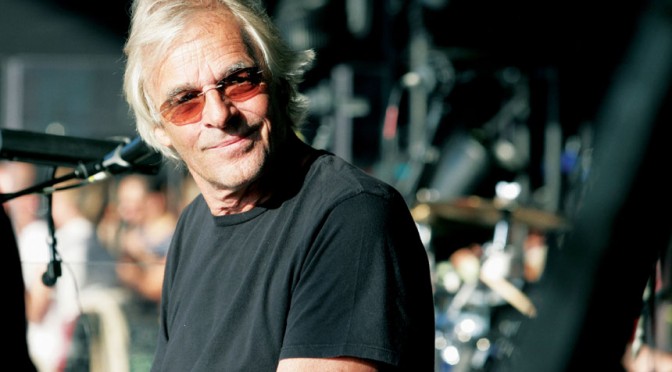 Pink Floyd is to release a new studio album called The Endless River in October 2014.

This will be the first studio album from the band since The Division Bell which was released some twenty years ago back in 1994 – it has had the 20th Anniversary Box Set treatment of course.

According to a tweet from David Gilmour’s wife, Polly Samson, “Pink Floyd album out in October is called “The Endless River”. Based on 1994 sessions is Rick Wright’s swansong and very beautiful.”

To get further updates on the new Pink Floyd album, please get our free email newsletter,  or follow us on Social Media via Facebook or Twitter. It is thought that there will be an official announcement from Pink Floyd on Monday 7th July so watch this space!

Not What It Seemed…

It was assumed that they were working on a new David Gilmour studio album but it now transpires they were recording overdubs onto older studio outtakes from The Division Bell.

There is a remote possibility that Roger Waters has got involved with this album in some capacity to honour Richard Wright. That remains to be seen given the history of the band in the years leading up to The Division Bell album release, what with Roger Waters leaving the band.

Furthermore, it was thought suspicious by many that the new 20th Anniversary Edition of Pink Floyd’s Division Bell album did not include additional studio recordings and rarities from the Division Bell recording sessions.

It all makes sense now that The Endless River will likely be these additional songs from the Division Bell recording sessions which have now been tidied up – adding backing vocals, more instruments etc – and made ready to share with fans. I imagine there will be a heavy Richard Wright bias on the album – I speculate that a lot of the songs could be his songs he brought to the table back during the production of the album but didn’t make “the final cut” so to speak.

Polly Samson’s twitter description gives her a lyric writing credit for The Endless River so at least we know it is not just an Instrumental only album but has songs!

Whilst David Gilmour and wife Polly Samson wrote most of the lyrics for The Division Bell album, Richard Wright wrote much of the music on the album. Songs such as Cluster One, What Do You Want from Me, Marooned, Wearing The Inside Out and Keep Talking have a music credit given to Wright. It would be a fitting tribute to the late Richard Wright to feature some more of his work.

I am sure many fans really look forward to hearing this new material for the first time although some people out there would have heard some of it already.

An album of ambient music called The Big Spliff is probably the basis of this album. You can have a listen to Soundscape which was featured on the Pulse DVD and was played before concerts on the Pulse tour.

And here is the tweet that started this wonderful news: