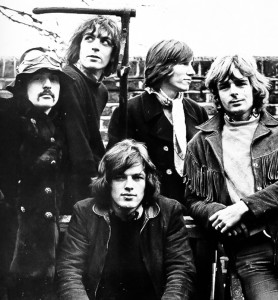 BBC Radio Cambridge have a programme for you to listen to called “Pink Floyd in Cambridge”. The 60 minute radio programme tells the story of Pink Floyd from the early days in Cambridge where Syd Barrett and the others were to form the band Pink Floyd.

The programme includes exclusive interviews with Jenny Spires who went out with Syd Barrett in the 60s, Warren Dosanjh who went to school with Syd and Roger Waters, and Wilf Scott who was a pyro-technician on Pink Floyd’s “In The Flesh” tour.

It was broadcast for the first time yesterday and you can listen again on the BBC iPlayer to catch up. It is also broadcast a second time this Wednesday 1st January 2014 on BBC Radio Cambridgeshire at 1pm GMT.

May I take this opportunity to wish you all the best for the New Year ahead. I am hoping for new albums from Roger Waters and David Gilmour along with tours. A Wall DVD from Roger Waters live tour from the past few years is also expected. Wish your fellow Pink Floyd fans all the best for the New Year by leaving a comment below.