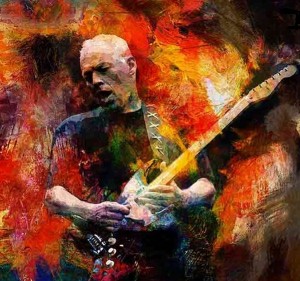 It is with great pleasure we announce that David Gilmour’s 2015 European tour dates have been officially announced!

The new David Gilmour solo album 2015 will also be released in September, so plenty to look forward to. It is yet untitled.

Although we have to wait all the way until September 2015, he will be performing at 6 venues across Croatia, Italy, France, Germany and the UK.

It is not known at this stage whether or not there will be any further dates announced – it says on David Gilmour’s blog that there are no other planned concerts, the site is currently down though.

Tickets go on sale at 10am on 6th March 2015 – David Gilmour’s birthday of course! See more about ordering tickets below and look at UK tickets here.

Get Presale Tickets for UK NOW!

There are some limited pre-sale tickets by entering promotional code 19005 on the Royal Albert Hall website (on the right of the page), so perhaps head over there for details and perhaps be one of the lucky ones! Your humble narrator just bought two.

David Gilmour’s yet untitled 2015 album will be released in September 2015 to coincide with his tour which will be much to the pleasure of fans the world over. Don’t miss out on news regarding David Gilmour’s new album 2015 and tour in 2015. Make sure you get our free email newsletter, or follow us on Social Media via Facebook or Twitter.

You can order tickets from 10pm on March 6th, see David Gilmour’s tour page for links and details and get UK tickets from Ticketmaster.

David Gilmour has said in interviews that he does not want the inconvenience of a massive stadium tour and the thought of anything on the scale of the old Pink Floyd sends him in to a cold shiver. It sure must be stressful putting on such huge concerts and could potentially take some of the enjoyment away – tell that to Roger Waters though with his massive Wall tour!

David will be playing at 6 separate venues across Europe – for the dates announced so far on the European Leg – and are all smaller intimate venues compared to some of the massive places out there. The venues for the David Gilmour 2015 tour are absolutely beautiful except for two! This makes for a much more intimate concert and can greatly increase the pleasure of the audience because you are not sat half a mile away up in the top of the stands! Saying that, there will be a lot of demand for tickets so get in there quick on March 6th which is, of course, David Gilmour’s birthday!

Here are the links to the concerts, click on them to explore where else he has played in those cities/countries and whether he has played that venue before. For example, David Gilmour has only ever played concert dates at the Royal Albert Hall (three times in May 2006 on his On An Island Tour) and has never played at any of the other venues announced so far!